Why do people like Cantonese Cuisine? The reason can be traced in our Filipino roots back when we were colonized by the Chinese. This influence explains well for the older fellows but how about the younger ones like me? 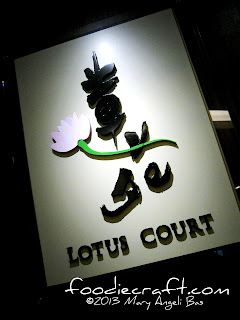 Allow me to explain on behalf of a part of the youth. I like Cantonese dining because it emphasizes the preservation of the flavors of its ingredients. More so, the type of cooking is very inventive- in many cases, it incorporates non-native ingredients. Thus, making the taste of the dishes accommodating with the fast-changing taste preference of the young generation.


In Davao, searching for the best Chinese Restaurant is not a work. Cantonese Cuisine is easily associated with Marco Polo Davao's Lotus Court. 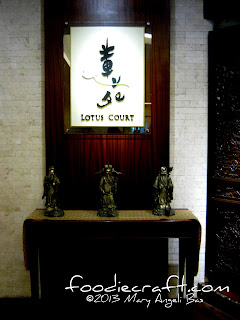 Lotus Court diners will find it easy to bear oriental mood as they will be greeted with Chinese ornaments and intricately carved wood dividers at the facade. 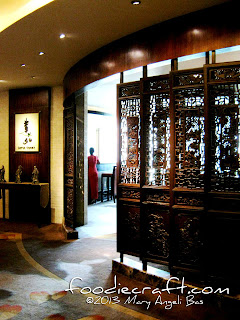 As they enter, a bar and some dining tables will be at sight. White and red tones are a highlight of the place. 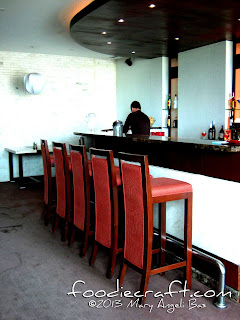 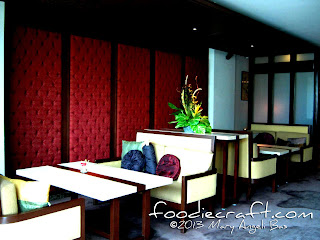 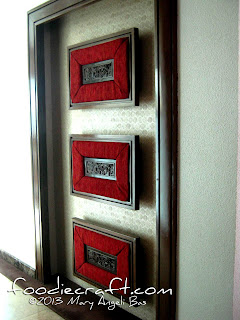 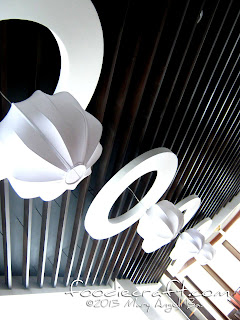 The setting is very elegant. 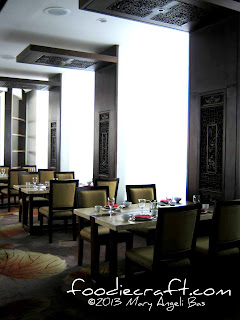 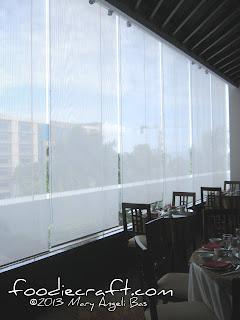 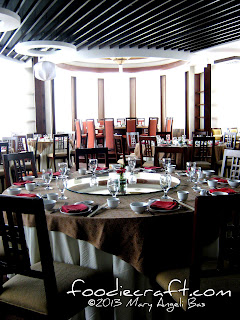 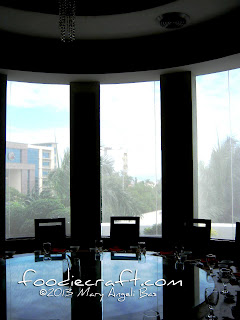 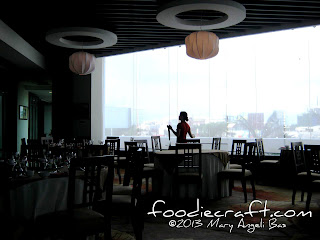 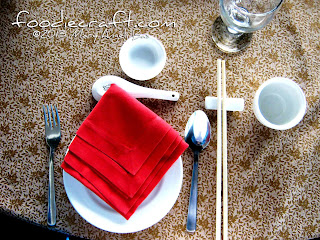 Roast Suckling Pig Combination is a platter of four kinds of meat: jellyfish, chicken, barbecue and suckling pig. Those black semi circle slices at the sides of each viand are slices of One Century egg.

There was nothing so special about the jellyfish except for the fact that it was jellyfish that I was eating. The chicken was so tender but was too dry for me but tasted better when dipped with the provided condiment. The barbecue meat was, too, tender and it was juicy. The suckling pig, the star of the dish was very delicious! It came in a vibrant red tone that look just so appealing- my eyes and mouth say it was perfectly roasted. It was soft to chew, sweet in taste. 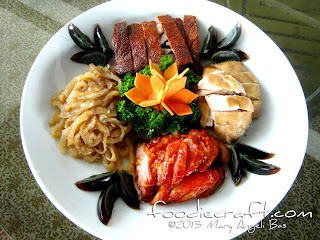 Radish in Gangnam Sauce is simply Radish sliced and dipped in vinegar and sugar mixture and then to Gangnam sauce. I don't know the significance of this dish in Cantonese cuisine but allow me to speak as a foreign diner. I don't get what taste this dish is trying to experience. I don't like the look, feel and taste of it. To me it was so boring.and plainly soddened. 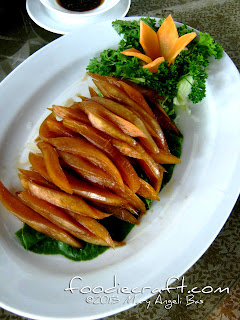 Pan-Fried Turnip Patties with Bacon are bacon strips and scallops boiled, mixed with flour and wet starch, steamed, frozen and finally, deep fried. The look of it doesn't tell much of its taste. The patties look overcooked but it actually tastes good. It was good in the sense that it possessed a new taste to my tongue. I like it that it was crunchy in the outside. 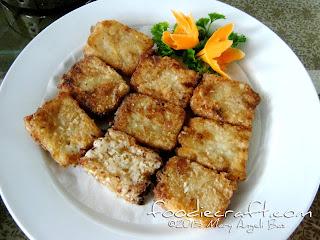 Yin Yang Two-Way Style Steamed with Golden Garlic features a fish of the guest's preference prepared in two ways. The inside of the fish is emptied and cooked separately from the body. The inside is marinated with salt, egg white and chicken powder and then breaded with potato starch and fried. The body of the fish on the other hand is fried. The dish is served with the fish stuffed with its breaded insides.

In my case, the Lapu -Lapu was the fish served.. I don't like the taste of the dish. I also don't like how it looked. I can't manage to think about the process of the creation of this dish. I don't like the fact that the insides were breaded and put back in the fish's body partially. I like the broccoli thought. It was fresh. 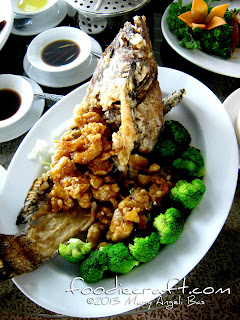 Pork and Shrimp Siomai is pork and shrimp washed with running water until it became soft. After being dried, mixed together with salt, chicken powder, sugar, garlic and seasame oil, it was wrapped with siomai wrapper and then steamed.

The siomais were delicious the common way. 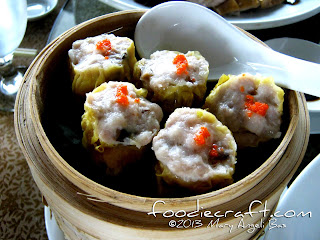 Sauteed Diced Beef Fillet with Basil in Soy Sauce is beef (without the fats) diced then marinated with salt,  egg yolk and chicken powder. It was stir-fried with basil leaves and soy sauce.

I like the taste of this dish because it was somewhat spicy and sweet. The suppleness of the beef was great. I didn't have to use the knife to cut it- fork was enough. I could say that the basil leaves were very fresh because its aroma really captured my senses. I love the presentation of the dish- colorful, not exaggerated. 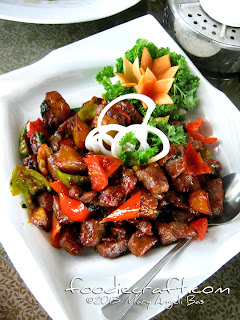 Chocolate Buchi is a mix of glutinous rice, flour, sugar, wet starch and water. Once the dough is made, they are shaped into spheres and then infused with chocolate. It is finally breaded with white sesame seeds and then deep fried. 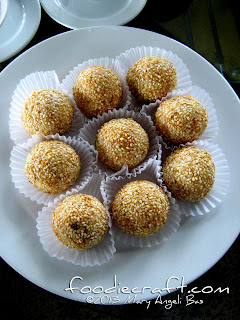 The Buchis tasted great! I've tasted Buchis served by different restaurants and this by far is the best one I tried. I think there's something in the dough that the chef added (and not told me). The dough was really good- not oily and very generous (it was thick and big). The chocolate filling was also good! It was no ordinary chocolate, I bet. 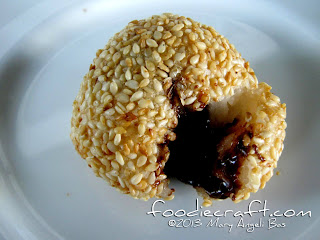 
I speak as a rice-person. I love this dish. As for me, this dish can actually be considered as a meal because it already contains a viand which is the chicken and of course, there is already the presence of the rice.


This dish had a soothing aroma and I was amazed that even after the long meal, the rice was still belching out a clear smoke that was really obvious. My companions actually saw it too and we commended the chef for that.

The rice was sticky and had this distinct taste that is just so good, its kind of addicting. And no, it's different from dim sum steam rices or any type of rice bowls." 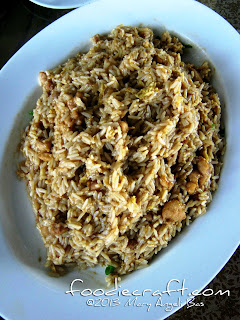 Appease yourself with an oriental meal that's unique and tricky. Lotus Court is is open everyday from 11:00am to 2:00pm for lunch and 6:00pm to 10:00pm for dinner. It is located at the third floor of Marco Polo Plaza Davao. For inquiries, call 221-0888 or email davao@marcopolohotels.com.