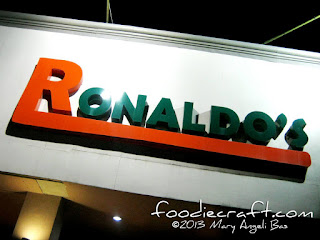 Ronaldo's is the only restaurant that I can relate to sincere creativity and application. It tags itself as the "Inspirational Cuisine of Davao". With that in mind, I was expecting something different and good.


The facade looks elegant with the glass walls showing off the interior design highlighted by the yellow lights. The logo of the restaurant was not so  alluring though. I was expecting something more. As for me, the logo needed some tweaking- probably a different font 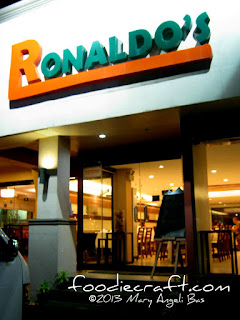 I like how the menu by the entrance door complimented the wines displayed on the wine racks inside  the restaurant. 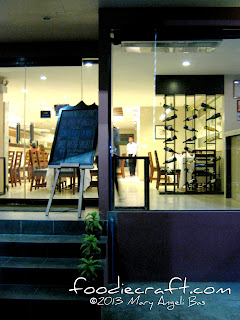 The interior has an elegant minimalist design. 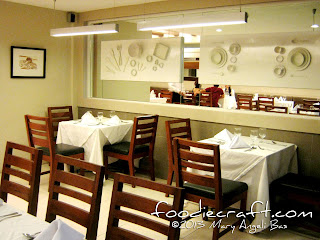 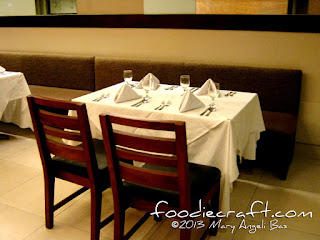 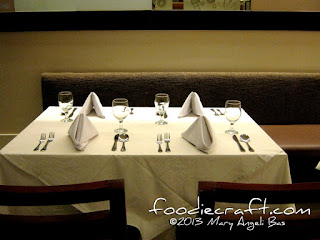 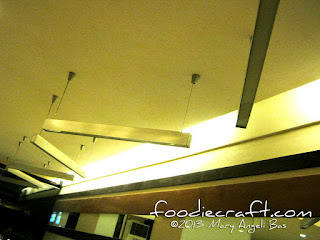 Adornments attached against the mirrors create a playful feel in the place which is a bit contrasting to the elegance the light and the tables and chairs are bringing. 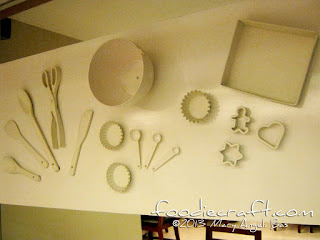 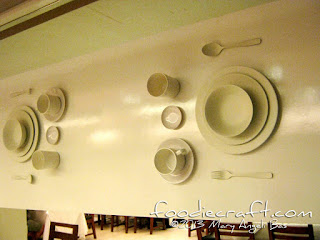 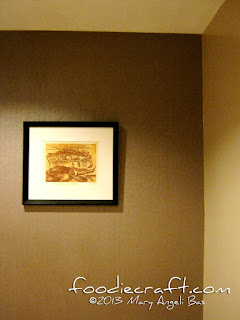 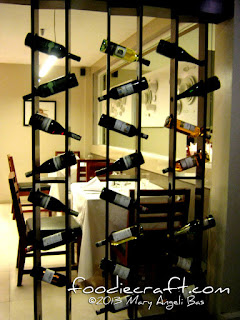 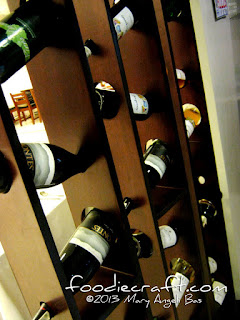 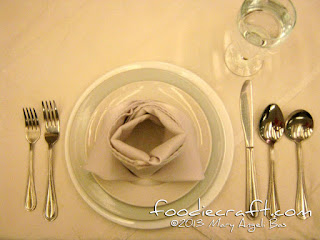 House Bread with Mango Dip is a complimentary basket of bread served while the customers wait for their orders. It comes with a dip. 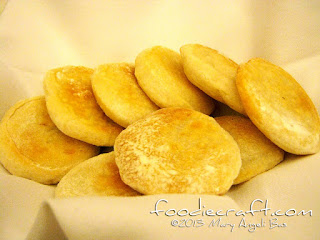 The bread is made up of pizza dough with rosemary formed to flat circles. The dip is mango puree mixed with olive oil and salt. 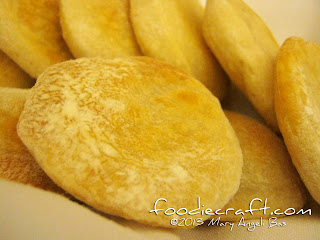 The bread was okay. There was nothing special about it and same goes the dip. 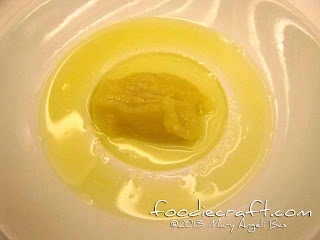 The rice was odd. It was a kind that I haven't tasted yet. It was 'grainy'- I mean a grain was about three times smaller than the usual rice we eat.I like it though.

While the look was odd, the taste was odd too. It sounded weird because it was my first time to taste such kind of rice. The seasoning it had didn't help in making me appreciate the look and the taste of it. 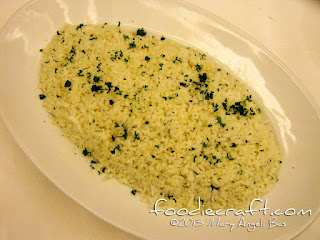 Special Pasta wasn't so special to me. It had this tricky taste that was somewhat good, somewhat unpleasing. The noodles were steamed well but I don't really understand what the dish was trying to let me experience. 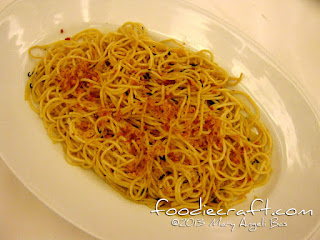 Braised Beef Belly is beef braised with ginger confit and passion fruit and cranberry sauce. The beef was pretty much difficult to cut. While dining, I thought if the restuarant really wanted me to try this food or not. The taste was okay. There was nothing new, nothing special. 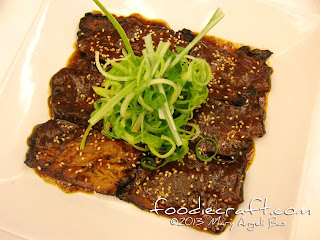 Ronaldo's Choice is a blend of pepperoni, sausage, green peppers, ham, mushroom with anchovies. The pizza was too thin. I have no complaints with the burnt out sides though. It was too sweet because it was loaded with so much cheese which I enjoyed so much. Aside from the sweetness, this dish possesed a very unique taste. It was tricky and so I have to say I can't explain it. If there is something I have to say that you have to try in at Ronaldo's, it has to be this pizza. 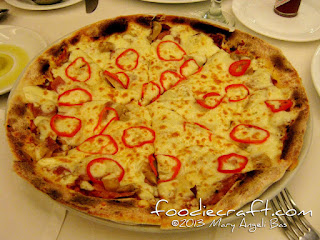 Half Roast Chicken is chicken roasted half the time chicken is usually roasted. It was served with caramelized onion and red wine sauce. 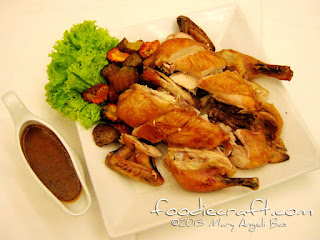 The chicken was kind of difficult to slice through. The sauce and the chicken meat worked well together. 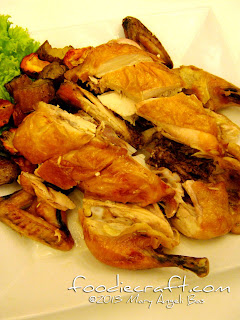 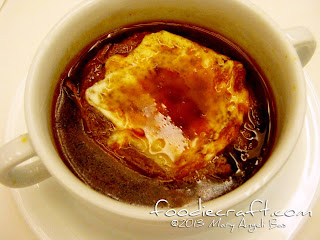 The only word I can associate to this dish is 'Yuck!'. It was very weird- weird in a bad way. It don't like this one bit. 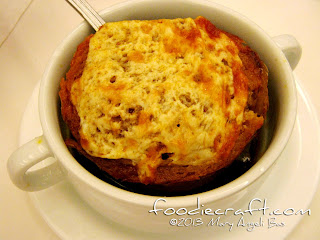 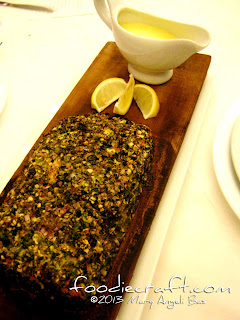 This was served with lemon butter sauce. 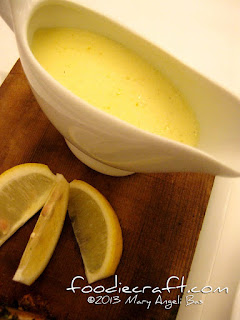 The coat was crusty and good-tasting but the the fish is too dry. I don't like this dish too. It was something new- too new to understand or grasp of taste. 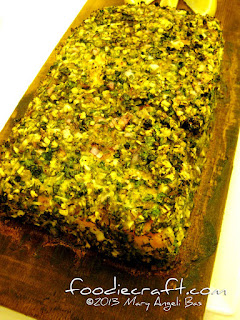 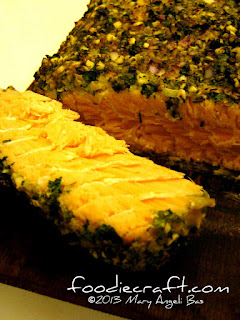 Ronaldo's served three desserts but I only tried one because I was already very full.

Durian San Rival is made out of crisp alm,ond meringue covered in rich durian buttercream, sprinkled with roasted cashew nuts.

The Durian Sans Rival is a unique kind of dessert you can look forward to devouring at Ronaldo's. What makes it unique from other specialty Durian Sans Rival cakes in Davao is its presentation. When I first saw it in the table, the table seemed to turn into a runway and the cake was the fashion model. The cake was crown with thing strings of green icing as if it were the gown of the model. 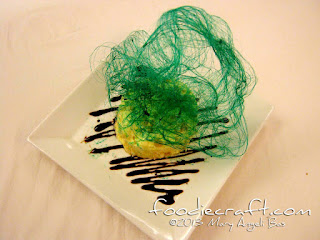 Almost all of the dishes served to me at Ronaldo's were new to me- different taste, different look. I like the creativity of whoever person's mind though of such dishes and also of course to those who applied it to the kitchen.

Although I wasn't pleased as much as they wanted their customers, I have to say that it's not bad to have a try of their dishes. Who knows your the customer they wish to serve and gratify with?

I want to mention two things that I like about Ronaldo's. First is that I want to commend them for using local produce for their dishes. Second, the ladies should seriously not leave the restaurant unless they already check out the powder room.