Traveling on air can be a tiring and famishing thing to do. Good thing AirAsia Zest's inflight menu offers passengers a selection of satisfying meals to feed cravings while in the skies. 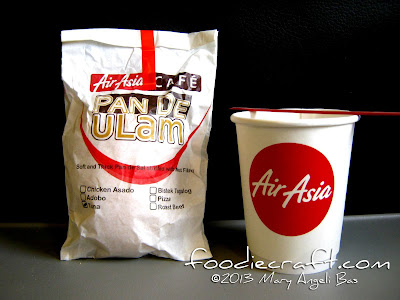 Pan De Ulam is AsiaAsia Zest's snack for the riders who just can't stand sitting and doing nothing. It's a soft Pan de Sal (bread) stuffed with your choice of filling. An assortment of Chicken asado, Adobo, Tuna, Bistek Tagalog, Pizza and Corned Beef can be chosen for your filling. 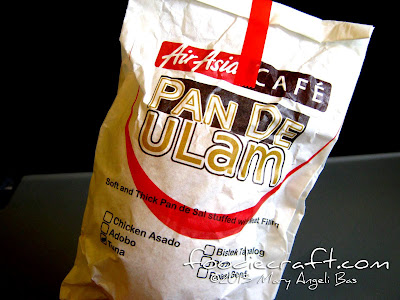 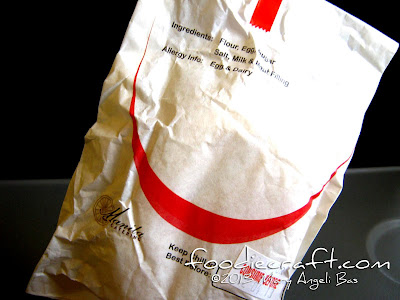 There's nothing to worry for those who are counting their calories. Pan de Ulam may be mostly flour, but it's also mixed with egg, salt and milk.

Careful though for those with allergy issues with chicken. 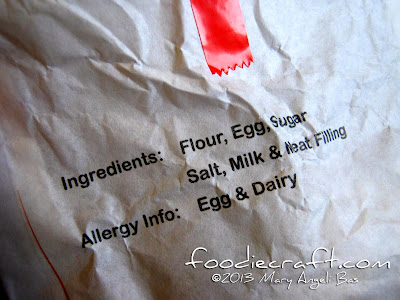 Pan De Ulam is from the kitchen of Manila Catering, one of Manila's noted food service companies that deliver quality product in every detail. 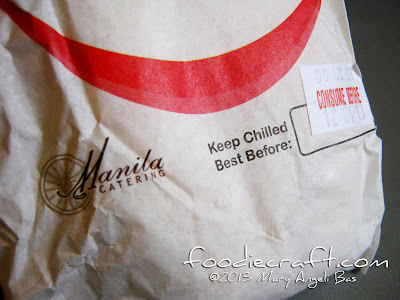 Chicken Asado was the Pan De Ulam served to me.

The bun looks so simple in the outisde. It has dried figments of the dough. It was so soft in the mouth, the dough was enough for a snack. The filling added flavor for which I enjoyed the snack all the more. 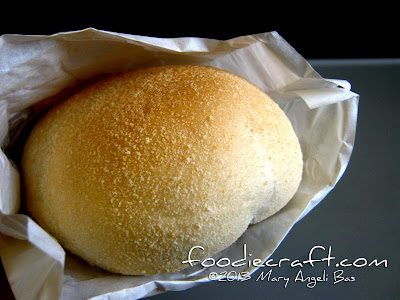 The Chicken Asado was well-cooked. It was finely mixed- no chunks and nicely spread in the inside. It was tasty and what I like about it the most was it wasn't soggy. 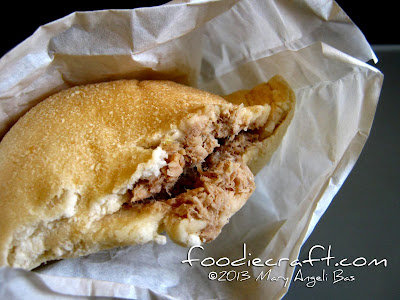 Enjoy Pan De Ulam and other inflight snacks and meals in AirAsia Zest. This trip was made possible by AirAsia Zest - The Right Way to fly and Tourism Malaysia - Visit Malaysia 2014. AirAsia Zest now flies to Kuala Lumpur Malaysia from Cebu Mactan International Airport. Visit www.airasia.com for flight schedules, promos and online flight reservation. Follow them on Facebook https://www.facebook.com/Zest-Airways and and on Twitter at @AirAsiaPH.