For many reasons including the unwillingness to shell out two bucks for a three-hour medium and a mindset that there are far more productive matters to do than going to the movies, I am picky at what movies I watch in the big screen. 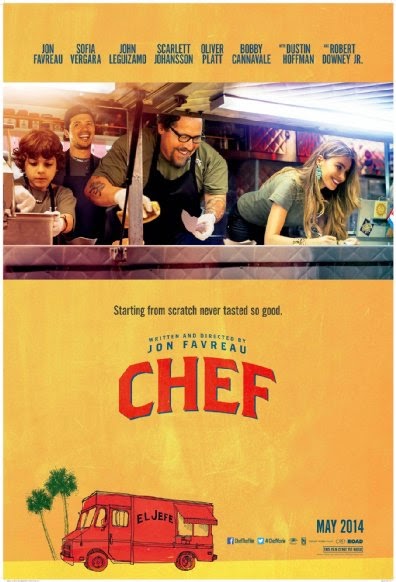 Just about an hour ago, movie credits rolled up before my eyes and as it did, I thought that I just made one of the best decisions of the day- watch "Chef". I was, at first, reluctant to watch the film because although it was about food, I had to wait two hours before it starts screening and I'll be going home extremely late after watching it.

Thankfully, Marc, a good friend of mine who's into filmmaking and frequents movie review sites told me that I should watch it. The simple and short suggestion made allot of sense to me because he's my go-to guy for movie references.

So what do I think about the movie? It was worth my money and time. I was entertained by the cooking scenes and a few of the punchlines but what really pleased me were the take-aways of tge story. Viewers of this film will most likely feel motivated to pursue their passion, learn to love their families (most especially dads and sons) and become ethical when using social media.

Social media platforms played a big role in the film, making it more interesting and relevant to this generation. An online food critic (ehem- hahaha!) also came with key parts- the destruction and reconstruction of the chef's broken reputation. If you love food and you're searching for some laughs, I recommend you to watch this film.