"Uy, why don't you blog?" my classmate Sinjin eagerly asked me as we watched a disc jockey push and twist knobs on her console. We were standing at the foot of a stage in a mall. There was an event open to the public with special invitations for people like him. 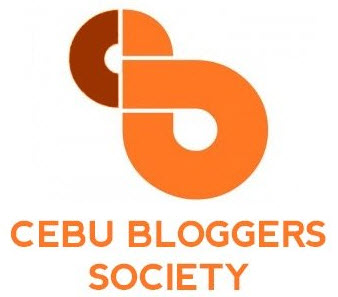 Puzzled by the last word he said, I found myself giving a remark of "Huh?". He smiled and explained what a blog was, what this new trend "blogging" was, and what "bloggers", people like him, exactly do

Sinjin and I came from our last class of the day and since our school was situated close to where the event was taking place, he dragged me along. I thought twice of joining him when he invited me. It is at this month and year that I most appreciated my answer: if I didn't agree, I wouldn't have witnessed the spectacle at that venue, wouldn't have heard the upbeat music, and most importantly, probably wouldn't be asked to try blogging.

I cannot imagine myself today had I not heard and took Sinjin's suggestions nine years back. It was a sliding door moment. Much of who I am at this point in my life is influenced by Cebu Bloggers Society (CBS). This year, the premier blogging organization in Cebu is celebrating its 10th year anniversary, and as a tribute, I have rounded 10  ways on how my affiliation with CBS made me who I am today.

I was only 16 years old when I became a part of the organization; my membership practically covered my formative years. I can still recall attending events wearing my school uniform and leaving early so as not to arrive late in my next class. It is also still fresh in my mind how members would treat me like a kid for being the youngest affiliate.

ENHANCED MY WRITING SKILLS - CBS wasn't formed by a group of strangers who wanted to huddle and appear in events for freebies and experiences. One of its goals was to promote Cebu through content creation. The org hastened my written communication skills through a few initiatives that focused on how to write better. It mounted its own conventions and collaborated with others. World Bloggers Day, Cebu Blog Camp and Visayas Blogging Summit to name a few.

INTRODUCED ME TO HD PHOTOGRAPHY - This may sound funny but I never knew DSLRs existed prior to me becoming a member of CBS. Film and Point & Shoot were the only types of cameras in my world back then. Through photography enthusiasts in the org, I was able to familiarize myself with different sorts of cams other than the aforementioned. I learned that the hobby isn't a joke and could be very expensive. I was able to grasp the significance of capturing photos not only for blog posts but also for sharing online.

A GATEWAY TO SOCIALIZE WITH MANY PEOPLE - My classmates, neighbors and family members were the only people I used to talk to until CBS happened, I was able to create connections with people of different social status. I conversed with a cook during a street-food hopping activity, interviewed celebrities during press conferences and even ate fancy meals with company CEOs. I became friends with local journalists, photographers, talents, business owners and influencers. Most importantly, I found a second family in every member of Cebu Bloggers Society.

CATAPULTED MY GRIT FOR TRAVEL - The bloggers that fall under the travel niche constantly reminded me that if you experienced watching the sun set at the other side of the globe, you will never be the same. It is due to this that I decided to invest in experiences as these are exposures to new dimensions in culture, humanity, and religion. I started local and then progressed to international travel. At 26 years old, I've already been to seven countries which I am proud to say I funded and planned myself.

SATISFIED CRAVINGS - My perspective in the world of gastronomy broadened thanks to CBS. I'd devour meals whether at fast-food chains or fancy restaurants for free. I gained respect for foreign cuisines. I learned coffee and the art that goes with it. I understood the difference between rare and medium rare. Food was no longer just anything you put in your stomach but a feast of art.

OPENED CAREER OPPORTUNITIES - Through the various people I've met, the experiences I've been exposed to, and the knowledge I gained from events, I became a much wiser individual. These three allowed me to do more of what makes me happy which is hosting. I was able to publish some of my articles in the local paper, and I found a job by handling social media accounts for a premier mall in my town.

BUILT MY CHARACTER - By getting acquainted with diverse personalities in different situations, my character was tested and improved. The way I carry myself is a reflection of how personally and professionally I have grown through CBS. Two of the most significant value I kept all throughout the years are to stay humble and grateful for the bounty at hand.

EMBOLDENED MY MINDSET - The ideas, stories and perception shared by the older members and the examples and take-aways given by event-organizers, press relations and relationship managers has turned me into a more appreciative, thought and positive person.

GAVE THE DRIVE - Meeting people belonging to class A in the society has motivated me to work smart to be like them. The beginnings of new business-owners, brands and / or services would never cross my life if not for the invitations I receive through CBS. the org gave me the drive to dream big.

HELPED ME IDENTIFY WHAT I WANT - I would have dreamt a very simple life if not for CBS. The people, food, trips, giveaways, relationships I gained from representing the org in events made me realize what I truly want in life. What is it you may ask? Travel farther, eat more and share it my experiences to the world.